Me and My Thyroid

A few people have recently asked about what I’m talking about when I mention that I had cancer last year. So here you go…the full explanation.

Last December (December ’09), I started noticed some crazy weird things going on. I was late (tmi?), extremely irritable, had the worst dry skin ever and was losing hair. I was spending hours and hours sleeping. Literally I would come home from work

around 5, eat a quick dinner then would go to bed from 5:30 until the next morning. All day I felt like I was dragging. The weekends were the worst! I’d sleep all day on Saturday and Sunday, stopped going out and had no energy at all.

I had scheduled a doctor’s appointment with a new doctor. After being interrogated over whether I was sure I was not pregnant, she was shocked that my previous doctor had not tested my blood before. Especially after I had told her plenty of times that I was exhausted, anxious, having panic attacks and feeling depressed. Turns out all of these symptoms are signs that your thyroid could be jacked up.

After having loads of blood work taken, I was sent off to my endocrinologist. Mr. Personality as I like to call him (great doctor, just no bedside manner) immediately felt a “nodule” on the left side of my thyroid. To be honest, I had no clue what your thyroid even did at this point. I just knew it was messing me up and I wanted it fixed. Off to the ultrasound I went. The whole time no one suspected cancer. 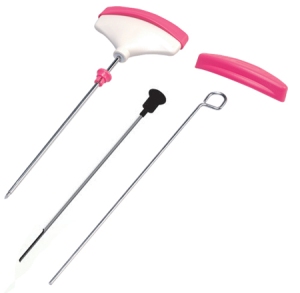 Once my ultrasound tests came back, Mr. Personality informed me that it looked a little “different” so I would need a biopsy. He forgot to tell me that this is considered outpatient surgery. Things that Charlene doesn’t do well with in life: hospitals, death, multiple sclerosis and the thought of surgery. You can imagine my excitement when I had to get ready for this biopsy. Then realizing that I was going to be wide awake while this doctor stabs me with the world’s biggest needle ever. And despite what they tell you – you still feel that stuff!

The day the test results came back sticks out in my mind. It was a Friday afternoon 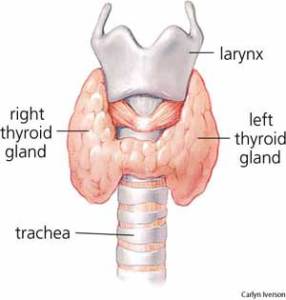 and I was at my desk when my phone started ringing. That day there were a lot more people in our office which was also weird. My doctor asked me to come in immediately that afternoon to his office. In that moment I knew exactly what that meant. Cancer. The c-word. Surgery. Potentially chemo and radiation. I remember being calm in that moment and asking him to tell me over the phone since I worked an hour away from his office and it was already late afternoon. I told a couple of co-workers, cried for maybe 10 mins. while telling my BFF and parents, then went back to my desk and kept working. People kept asking if I was okay and if I wanted to go home but that was the last thing I wanted or needed.

Within a week, surgery was scheduled, I met with the surgeon (whom I adore) and started looking at additional forms of treatment. We set up the surgery and went over what would happen after surgery. I was going to be out of work for about a week but surgery itself would only be about 45 minutes – tops.

Surgery day came. Wednesday, February 23, 2010. I barely slept and was a complete 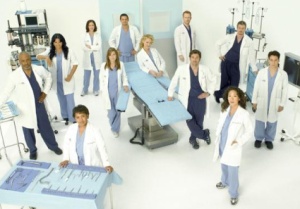 disaster when I got to the hospital. I was especially delightful with the nurse (who blew two veins at 5:30 a.m.). Then when the anesthesiologist came in I did a fantastic job of making an ass of myself. I believe I said something about how there was a Grey’s Anatomy episode where a woman woke up in the middle of her surgery and how if that happened to me, he better run like hell because I’ll be pissed. Fabulous Charlene. After he gave me my “Martini IV/Drugs” to relax me, he took me into the operating room where, apparently, I said something like “This looks nothing like the operating room in Grey’s Anatomy. Ridiculous.” and then I was out like a light.

When I woke up, I looked at the clock and realized it was past noon. My surgery was supposed to be over around 9 a.m. I was so confused. After being wheeled up to my room, I was a nice little mess on morphine and extremely exhausted and sore with a disgusting tube coming out of my neck (I exaggerate but it was all disgusting to me). My parents took a break while the BFF came up to sit with me (where I entertained he and the nurses with all my dumbass remarks…cause seriously the nurses needed to know that the BFF was a speedskater and knew Olympians and used to wear spandex for a living). The BFF made me laugh by asking the nurses to watch them change the drain and giving me a play-by-play.

My doctor came in and announced that they removed all the cancerous cells and biopsied the right side but things looked great. Then I got the lovely news that the “nodule” (aka tumor) had attached itself to my vocal cords and had he not been careful and taken 4 hours, I would have woken up without a voice. Me…the Communication Major…the chatty Cathy that once got yelled at by a professor my senior year of college for talking to much…the one whose career path was based around her voice. Thank the Lord that he was able to remove it without getting rid of my voice along the way.

Post-surgery meant more follow-up doctor visits, ultrasounds, changing of medication and blood work. I decided against the high level of radiation that they were going to do to get rid of the other side of my thyroid. Instead, eventually, I’ll have the right side removed. I was out of work for about a week and when I returned I tried to wear scarves for as long as possible. I hated (okay still do) the scar. It’s not awful and my surgeon did a fantastic job. I think being a girl make me more self-conscience of it though.

In June, after returning from Colorado/vacation, I did receive a phone call from my doctors informing me that the pathologist missed a malignancy in my right side. They happened to pull my results during a quarterly review and surprise! Malignancy! Needless to say, returning home from vacation, that was the last thing I expected to hear. So back for more blood work/ultrasounds. Luckily, nothing has been found since then.

For the past year, I’ve been back and forth for blood work and have learned how to do 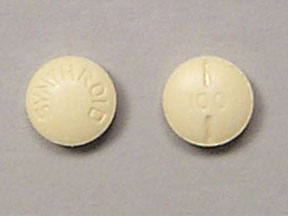 self-checks for nodules. I think we’ve finally figured out my dosage for my medication, which I’ll be on for the rest of my life. Celebrating the year anniversary of being cancer-free was a great day. Even though thyroid cancer is one of the most curable ones, we really have no idea how long I had the nodule growing.  My first symptoms occurred probably sometime in late 2008-2009 when I was having the anxiety attacks and panic attacks. Had the cancer spread, it more than likely would have spread to my lymph nodes and lungs, which would have been a lot worse.

Having the c-word has taught me a lot. I never realized how strong I was. Honestly, I cried once during the whole situation. I realized who my true friends were. It reaffirmed my friendship with the BFF. It made me realize there are more important things in life than work. It made me take a step back and breathe. It forced me to look at myself and where I was in life.

So yeah, having cancer sucks. But having the status of “cancer survivor”…well that’s pretty kick ass.

5 Responses to Me and My Thyroid