Did you know that Playhouse Square is the largest performing arts center outside of New York City?

By now, if you are a regular reader of this blog, you are well-aware of my love of Playhouse Square. I donate to this Cleveland institution, as well as attending a number of shows. Whether it’s the Nutcracker, Legally Blonde, Wicked, Beauty & The Beast (don’t knock it – it’s my Disney fave), Lion King, Anything Goes and more, I always have a fantastic time at the theater. I’m anxiously awaiting this summer when I’ll be going to see Book of Mormon as part of the Broadway Series that comes to Cleveland every single year. And this weekend, I have tickets to go see Sister Act as it comes to the Palace Theater. 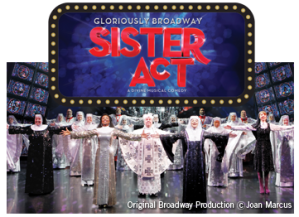 And Playhouse Square is now starting to gear up for the 2013-2014 Broadway Series. I’m already anxiously awaiting the announcement of what plays/musicals will be visiting Cleveland.

And I have a treat for you!

Playhouse Square hosts two events to announce the Broadway Series to donors, the media and friends of the theater. As a Playhouse Square Partner, I’m so excited to have been invited to both events. And as a friend of Playhouse Square, they have graciously given me two (2) pairs of tickets to giveaway to the announcement, held on March 19th at 7pm. You’ll be one of the first to hear what seven shows the Playhouse Square team will be bringing to The CLE.

Here’s how you can enter:

1. Tell me what your favorite musical/play is and if you’ve seen it at Playhouse Square.

2. Tweet the following:
I want to be the first to see what Broadway shows @playhousesquare is bringing with @cacoughlin and you can join too. http://wp.me/p1o7Bm-tH